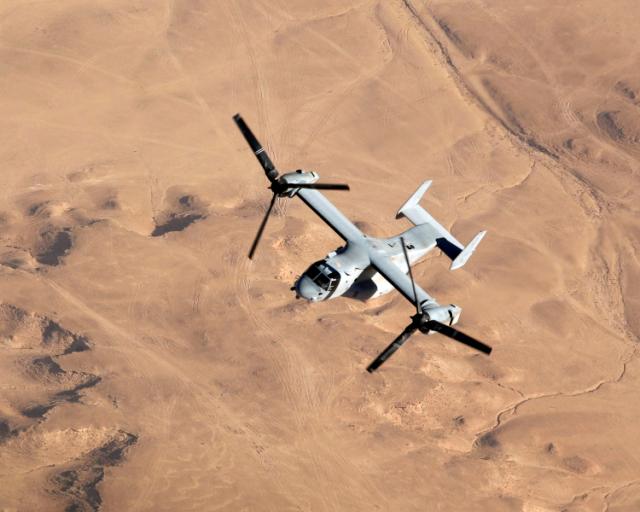 The US Navy has awarded aftermarket contracts to UTC Aerospace Systems in support of its Bell-Boeing V-22 Osprey programme.

As part of the awarded contracts, the company will perform constant frequency generator (CFG) repairs and retrofits, and also deliver upgraded spares for the aircraft.

Featuring electric power systems, the V-22 CFG is comprised of a constant speed drive, generator and a generator control unit, which are integrated into a single line replaceable unit.

The upgrade programme, intended to enhance the CFG reliability and improve its overall aircraft operational readiness, is a joint effort by the US Naval Air Systems Command (NAVAIR), Boeing, Bell, NAVSUP Weapon Systems Support and UTC.

As a single source of support on the CFG application for the V-22 programme, the company’s total aftermarket contracts received to date are valued at $70m.

In September 2011, the company received an initial contract for the supply of kits to NAVSUP Weapon Systems Support Philadelphia, in support of the V-22 CFG Loss of Lube retrofit with a period of performance of 20 months.

The company also received delivery orders from the Defense Logistics Agency, Philadelphia, to provide CFG spares for the US Air Force, the US Navy and Marine Corps team.