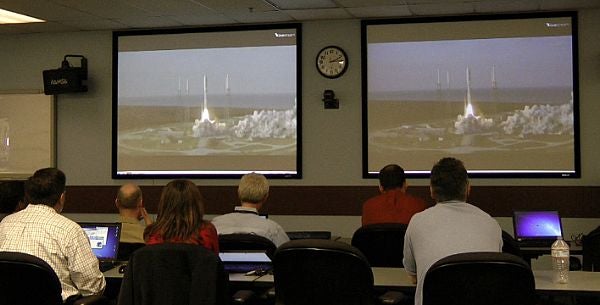 Launched on 24 February, the MUOS-1 is a next-generation narrowband tactical communications system that will provide enhanced communications capabilities for combatants on the move.

The satellite will enable the continuous flow of tactical communication to and among all branches of the US military, while ensuring coverage for national emergency assistance, disaster response and humanitarian relief.

MUOS programme manager at SPAWAR navy captain Paul Ghyzel said: "Whether it’s in vehicles, on ships, in submarines, in aircraft, or simply carried by service members who are dismounted from vehicles and on the move, this system was designed to bring them voice and data communication services, both in point-to-point mode and through networked communications."

Following the launch of the second satellite, scheduled for July 2013, the MUOS will provide simultaneous voice, video and data capability for military users.

The MUOS constellation comprises four satellites and an on-orbit spare, in addition to four ground stations to provide users with worldwide coverage and the ability to connect anywhere around the world.

The MUOS programme is being managed by the US Navy’s Program Executive Office for Space Systems in Chantilly, Virginia, as well as Communications Satellite Program Office in San Diego, US.

Full operational capability of the MUOS constellation is scheduled to be achieved in 2015 and will extend narrowband availability beyond 2025.