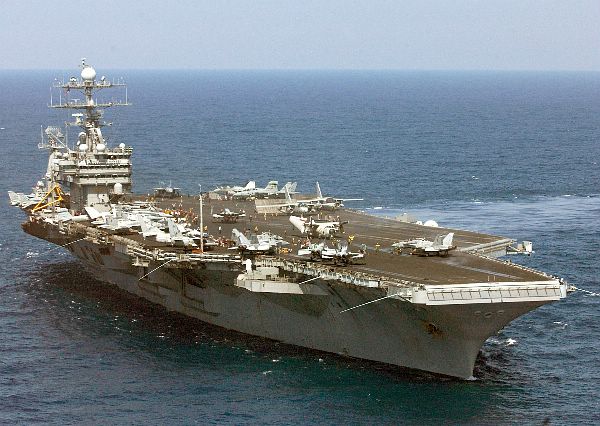 During the towed drone unit (TDU) drill, the unmanned unit was pulled along by the aircraft served as a target for the CIWS to track and fire, demonstrating its ability to strike airborne targets.

“Our goal during the test will be to get the unarmed missile as close to the drone as possible without hitting it."

"Our goal during the test will be to get the unarmed missile as close to the drone as possible without hitting it."

USS Harry S Truman will also test self defence systems (SSDS), which consists of all onboard weapons systems, to ensure SSDSs ability to defend the ship while combating against potential missile threats and attacks from small, high-speed craft.

CS-7’s division office chief warrant officer 2 Eric Stolen said: "At a rate of fire between 45 and 100 rounds per second, the CIWS is more than capable of shredding anything that poses a threat to us.

"With the NSSMS, RAM and CIWS systems, we have layers of protection against any threat."

The aircraft carrier’s NSSMS and RAM are scheduled to undergo testing later this month.