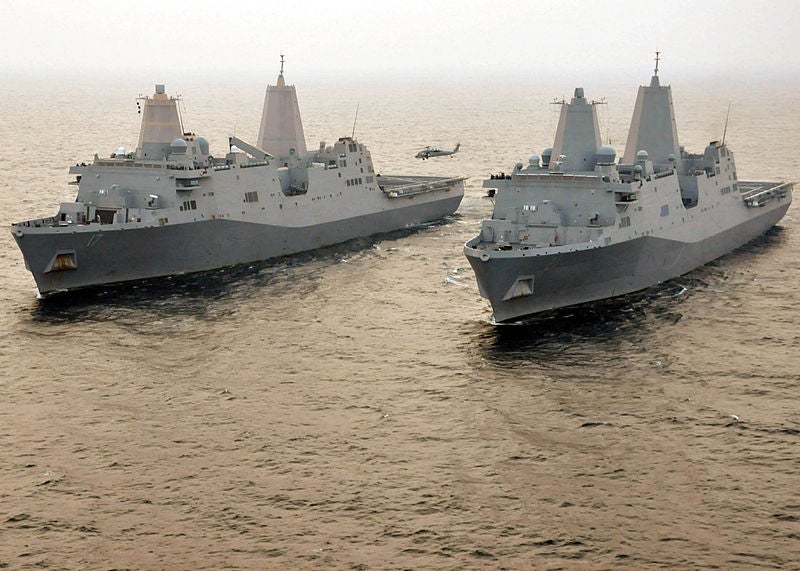 During the simulated chemical attack trial, a helicopter was used to spray a personnel-safe, chemical weapon on the ship.

In addition, the crew also demonstrated their ability to conduct amphibious operations by launching two landing craft, air-cushioned vehicles in a contaminated environment.

"Before the end of 2018, the US Navy is planning to install the new system onto all currently deployed frigates and ships."

Before the end of 2018, the US Navy is planning to install the new system onto all currently deployed frigates and ships.

The LPD 17-class ships will replace more than 40 vessels currently in-service with the US Navy, which include Austin-class (LPD 4), Anchorage-class (LSD 36), Charleston-class (LKA 113) and Newport-class (LST 1179) amphibious ships.