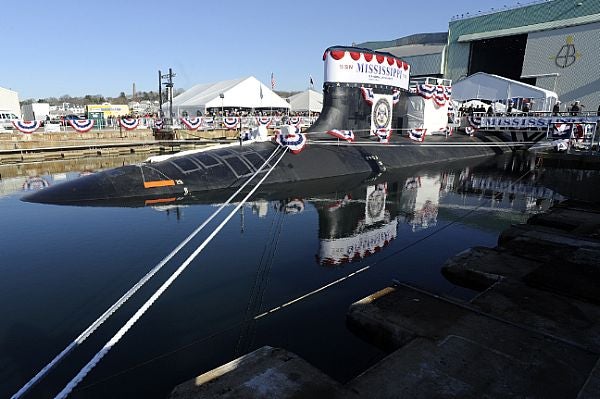 During the alpha sea trials, USS Mississippi’s propulsion plant was validated to be fully mission-capable and the submarine submerged and performed high-speed runs on and under the surface for the first time.

The 377ft-long Mississippi has a 33ft beam and a displacement capacity of 7,800t, while being capable of diving to depths in excess of 800ft and cruising at speeds of 25k while submerged.

The submarine features 12 vertical missile launch tubes and four 533mm torpedo tubes, and a capacity to fire up to 26 mk48 ADCAP mod 6 heavyweight torpedoes and sub harpoon anti-ship missiles from the 21in torpedo tubes.

Electric Boat, together with Northrop Grumman Shipbuilding, has received contracts to produce a total of 18 Virginia-class submarines of a planned 30-ship deal between the two shipyards.

The submarines are optimised for maximum technological and operational flexibility and will serve the nation’s defence with their stealth, firepower and unlimited endurance.

The Mississippi was formally christened in December 2011 and is scheduled to be commissioned in June 2012.