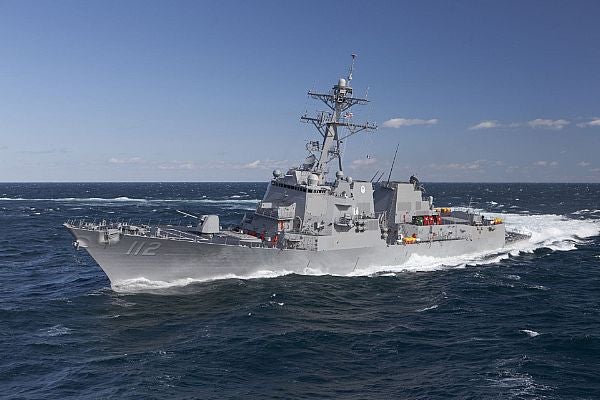 Michael Murphy, the final DDG 51-class ship to be delivered until the class restart ships begin delivering in 2016, has already completed a combined builder’s and acceptance super trial.

The 509ft vessel has been designed for survivability and carrying out peacetime operations, crisis management and sea control activities, while enhancing US naval capabilities.

Equipped with Aegis combat system and SPY-1D multi-function phased array radar, the 9,500t Arleigh Burke-class destroyer can cruise at a speed of 30k and is powered by four gas-turbine propulsion plants.

"I have every confidence that PCU Michael Murphy, as with the previous 61 Arleigh Burke-class destroyers, will ‘lead the fight’ and make our world a safer, better place."

The frigate is also armed with advanced anti-aircraft missiles, as well as Tomahawk anti-ship and land-attack missiles and can embark SH-60 helicopters.

Capable of conducting air, surface and subsurface battles simultaneously, the destroyer is integrated with weapons to support maritime warfare.

DDG 113, the first of the DDG 51-class programme continuation ships, is being constructed by Huntington Ingalls Industries, while the DDG 114, 115, and 116 deliveries are expected to be in 2016.