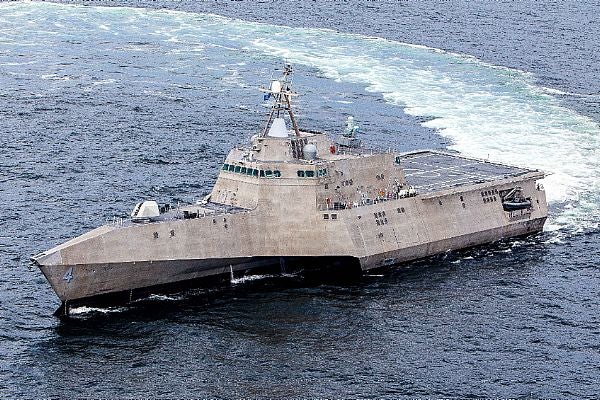 The US Navy’s second Independence-class Littoral Combat Ship (LCS), Coronado (LCS 4), has successfully completed acceptance trials, marking a milestone prior to the delivery of the ship to the US Navy this year.

The four-day trial was conducted following completion of a series of graded in-port and underway demonstrations for the navy’s board of inspection and survey (INSURV), to validate the performance of the ship’s propulsion plant, ship handling and auxiliary systems.

During the tests, the ship used both the 7m and 11m rigid hull inflatable boats to conduct launch and recovery operations as well as performing a four-hour full power run, surface and air self defence detect-to-engage exercises.

INSURV president Rear Admiral Robert Wray said: "[This was] the most complete and rigorous trial on the Independence variant to date."

The littoral combat ships have been designed to thwart threats in coastal waters where increasingly capable submarines, mines and swarming small craft operate.

"The littoral combat ships have been designed to thwart threats in coastal waters where increasingly capable submarines, mines and swarming small craft operate."

The US Navy is planning to procure 52 LCS class ships in the future.

Image: the future USS Coronado (LCS 4) undergoing sea trials in the Gulf of Mexico. Photo: courtesy of US Navy.