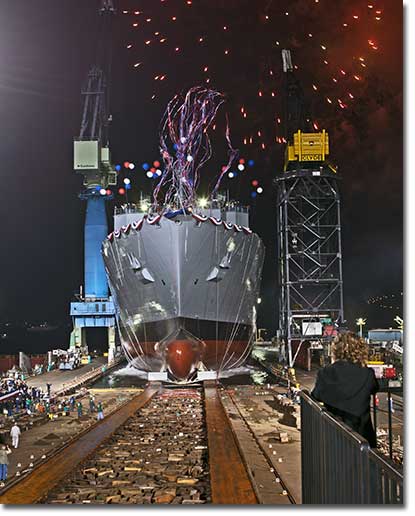 Completion of the four-day single integrated trials marks a milestone prior to being delivered to the US Navy’s Military Sealift Command (MSC) later in 2012.

General Dynamics (GD) NASSCO was awarded a contract by the US Navy to construct 14 T-AKE ships for a total value of $3.7bn.

"This ship trial again demonstrates the maturity of this class, the many lessons learned incorporated, and significant production efficiencies NASSCO has achieved across the class."

Of the 14 ships, the US Navy will operate 11 as CLF ships, while the remaining three will be part of the maritime prepositioning force.

Capable of cruising at a maximum speed of 20k with a beam of 106ft, the 689ft-long cargo-ammunition ships can be deployed to operate independently at extended periods at sea.

In addition to transporting humanitarian assistance and disaster relief supplies, the T-AKE vessels will be used to ferry cargo, ammunition and other equipment equal to a capacity of more than 10,000t.

The US Navy took delivery of USNS Medgar Evers (T-AKE 13) from GD NASSCO earlier in 2012.