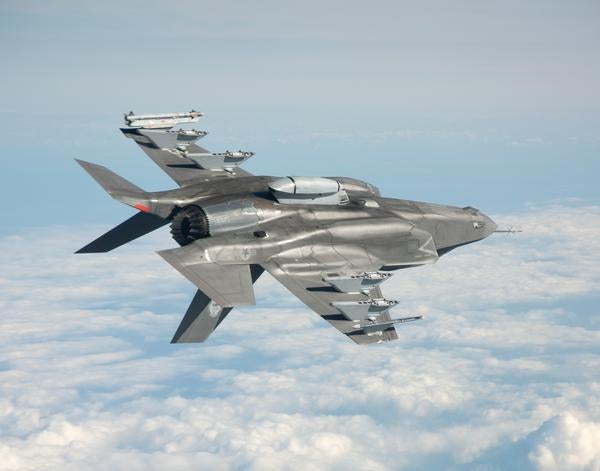 During the trials, the test aircraft, dubbed BF-2, has been equipped with a centre-line 25mm gun pod, an AIM-9X Sidewinder inert missile, as well as a GBU-32 and AIM-120 in the starboard weapon bay.

Weapons system testing is currently in progress for the F-35B and F-35C aircraft, which include fit checks, captive carriage environment characterisation and pit drops.

The aircraft is scheduled to undergo aerial weapons separation testing this summer.

"The aircraft is scheduled to undergo aerial weapons separation testing this summer."

Designed to replace the 25-year-old AV-B Harrier, the F-35 JSF is capable of takeoffs from smaller amphibious warfare vessels, as well as landings on improvised airstrips.

The F-35B is integrated with next-generation sensor suite, which includes advanced cockpit and helmet displays and will provide increased sortie rates for the frontline combat zones with decreased need for logistics support.

The sensor suite will enable F-35B pilot to make timely tactical decisions and transfer information to other aircraft, as well as maritime and ground forces.

It has been designed and developed in collaboration with industry partners Northrop Grumman and BAE Systems and is also scheduled to enter service with the UK Royal Navy and Italian Navy.