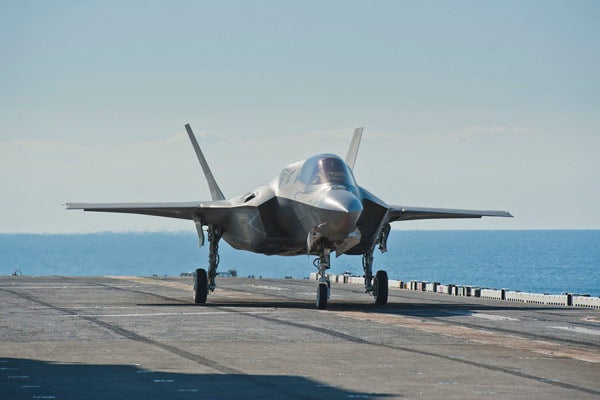 The US Department of Defense (DoD) and the US Navy have waived the temporary flight operations restrictions on Lockheed Martin short takeoff and vertical landing (STOVL) F-35B variant aircraft fleet.

Being developed for the US Marine Corps (USMC), the F-35B aircraft fleet was temporarily grounded by the US F-35 Joint Program Office (JPO) on 18 January after a fueldraulic hose failure.

Suspension on the aircraft was effective at NAS Patuxent River, Maryland; Eglin Air Force Base (AFB), Florida; and MCAS Yuma, Arizona; as well as Lockheed’s production facility in Fort Worth, Texas, US.

During the investigation, performed by the government, Pratt & Whitney and Rolls-Royce engineering teams, it was found that the root cause for the failure was due to an improperly crimped hose.

In a statement, US F-35 Joint Program Office spokesman Joe DellaVedova said: "All affected hoses have been inspected, and those out of tolerances will be replaced."

Flight clearance for the fleet of 25 F-35B model jets was received, following completion of fault house replacement by airworthiness authorities at Naval Air Systems Command and the F-35 JPO.

"All affected hoses have been inspected, and those out of tolerances will be replaced."

The fueldraulic system powers the actuator for the F-35B’s STOVL exhaust vectoring system.

Pratt & Whitney Military Engines communications manager Matthew Bates said: "We took additional steps with our supplier to ensure hose integrity for the entire fleet, and we are confident in the integrity of the overall propulsion system."