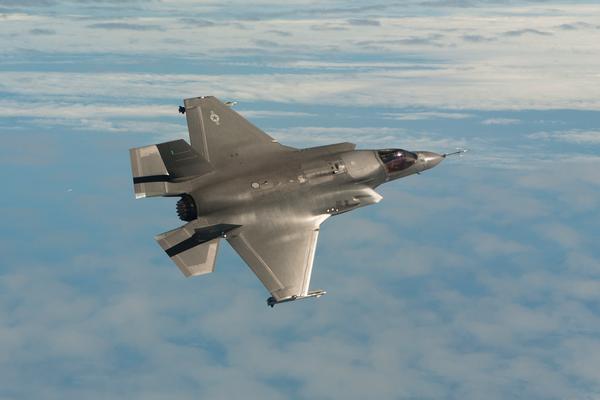 The F-35B flight test is a part of ongoing evaluation tests at NAS Patuxent River, Maryland, US, prior to its delivery to the fleet.

It recently demonstrated its propulsion system’s capability at various altitudes to restart in-flight and is scheduled to undergo high angle-of-attack testing in 2013.

AIM-9 Sidewinder is an advanced infrared-tracking, short-range air-to-air missile; it has been designed to be equipped onboard a wide range of modern aircraft, including the McDonnell Douglas F-15 Eagle, F/A-18 Hornet and F-4 Phantom II fighters as well as General Dynamics F-16 Fighting Falcon aircraft.

"The F-35B flight test is a part of ongoing evaluation tests at NAS Patuxent River prior to its delivery to the fleet."

AIM-9X is currently operational with the US Navy and US Air Force F-15 Eagle, F-16 Fighting Falcon and F-18 aircraft, in addition to air forces of eight other international customers.

Scheduled to replace the 25-year-old AV-B Harrier, the F-35B JSF features a sensor suite to enable pilots to make timely tactical decisions and transfer information to other aircraft, as well as maritime and ground forces.

Capable of performing takeoffs from smaller amphibious warfare vessels, as well as landings on improvised airstrips, the F-35 JSF has been designed and developed in collaboration with Northrop Grumman and BAE Systems.

The aircraft is also scheduled to be operational with the UK and Italian navies.