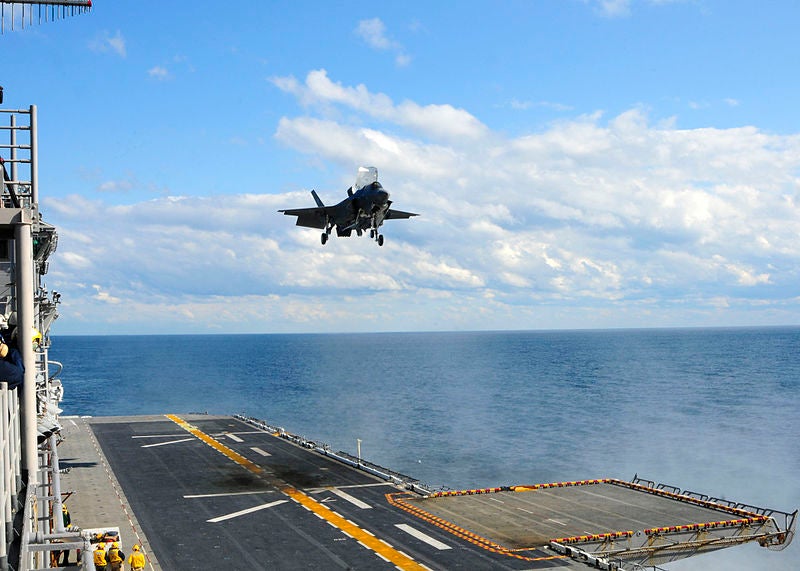 A senior USMC official has been quoted by Flightglobal as saying: "[We] expect to be flying on or about 1 May."

The first few operational aircraft, which were delivered, will be used by the Marines till an operational evaluation fleet is set up at Edwards AFB, California, US, in mid-2014l.

The Marines’ F-35 STOVL joint strike fighter is capable of take-off from smaller amphibious warfare vessels, as well as landings on improvised airstrips, and will replace the 25-year-old AV-B Harrier.

The F-35B, featuring a next-generation sensor suite including advanced cockpit and helmet displays, will be deployed near front-line combat zones for increased sortie rates and decreased need for logistics support.

The sensor suite will allow the pilot to make quick and effective tactical decisions, and transfer information to other aircraft as well as maritime and ground forces.

The supersonic, radar-evading stealth aircraft provides close air support in conditions and locations that are usually inaccessible to traditional fighters.

The USMC had ordered 16 F-35Bs in 2007 under the second lot of low-rate initial production and is considering acquiring an additional 13 aircraft.

The first two production-model of the F-35B were delivered to USMC in January this year.
Built in collaboration with industry partners Northrop Grumman and BAE Systems, the F-35B is also scheduled to enter service with the UK Royal Navy and the Italian Navy.