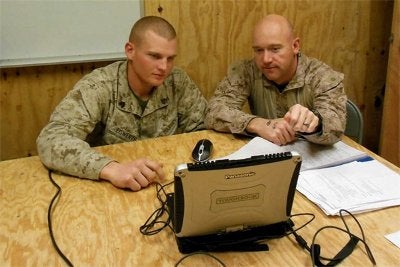 TSOA within Marine Air-Ground Task Force Command and Control Systems and Applications project officer, major Brad Sams said the new application will provide the most reliable, timely and accurate information about the enemy and terrain for soldiers.

"The new application will provide the most reliable, timely and accurate information about the enemy and terrain for soldiers."

The P2AT software, provided through the US Marine Corps Systems Command (MCSC), is capable of being integrated with the enhanced company operations software, such as laptops, cameras and radios; the application software can be used by troops to create, edit and view patrol data on a map.

The gathered information can be later compiled to build situational awareness of the next patrol for the marines within the company or for the next task force that will be deployed for missions.

The team is also planning to develop other versions of the patrolling application, which may include the ability to retain biometric data such as fingerprints, retina scans, blood types and facial recognition data captured on the patrol.

Image: Marines review the laptop display of the patrol planning and assessment tool. Photo: courtesy of US Marine Corps.