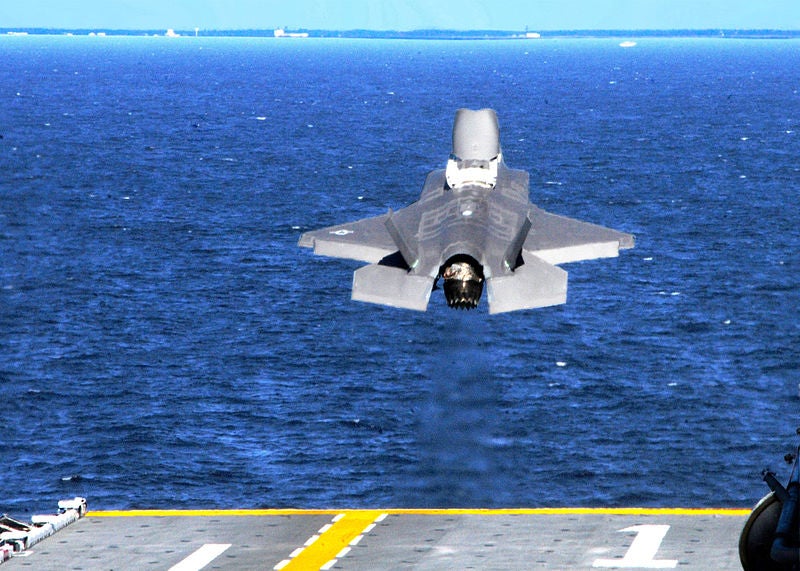 "Virginia-class submarines can cruise at a submerged speed of 25k and carry a crew of 134."

Lockheed Martin chairman and chief executive officer Bob Stevens said: "The F-35B is the world’s only fifth generation, supersonic, stealthy combat aircraft that can also hover, take off and land virtually anywhere marines are in action."

The F-35 JSF is currently under development by Lockheed Martin in three variants to perform ground attack, reconnaissance and air defence missions.

Capable of performing takeoffs from smaller amphibious warfare vessels, as well as landings on improvised airstrips, the F-35 JSF has been designed and developed in collaboration with Northrop Grumman and BAE Systems.

In addition to replacing the USMC’s AV-8B Harrier and F-18 Hornet aircraft, the other JSF variants will replace US Air Force’s (USAF) existing F-16 Fighting Falcon and A-10 Thunderbolt II fleet, as well as McDonnell Douglas F/A-18 Hornet aircraft for the US Navy.

The F-35B JSF features a sensor suite to enable pilots to make timely tactical decisions and transfer information to other aircraft, as well as maritime and ground forces.

At present, USMC is operating 13 STOVLs for pilot and maintainer training and has been assigned to the 2nd Marine Aircraft Wing’s Marine Fighter/Attack Training Squadron 501 at Eglin Air Force Base, Florida, US.