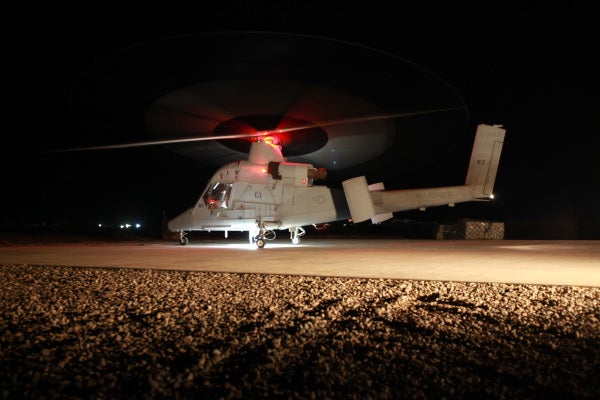 The US Marine Corps (USMC) has further extended the deployment of two K-MAX unmanned aerial cargo haulers in Afghanistan beyond 30 September.

The aircraft’s operational service was initially scheduled from December 2011 to June this year, but was later extended until September 2012 because the aircraft met all expectations with less than one maintenance man-hour per flight hour.

It will now extend the helicopters’ service in Afghanistan by an additional six months and includes an option which, if exercised, will run its total deployment duration through to September 2013.

Commander of US Naval Air Systems vice admiral David Architzel said that K-MAX had proven its value as a reliable cargo resupply aircraft and a lifesaving asset.

"The use of this aircraft eliminates the need for manned ground convoys, reducing the number of our warfighters exposed to improvised explosive devices," Architzel said.

The Lockheed Martin and Kaman Aerospace-built K-MAX drone has been designed to perform autonomous or remote-controlled cargo delivery in harsh environments.

"The use of this aircraft eliminates the need for manned ground convoys, reducing the number of our warfighters exposed to improvised explosive devices."

Features of the K-MAX unmanned multi-mission helicopter include a high-altitude, heavy-lift K-1200 airframe, as well as mission management and control systems to enable autonomous flight over long distances.

Capable of flying day or night with a larger payload than other rotary wing unmanned aerial systems, the unmanned helicopter can also supply multiple locations in one flight using a four-hook carousel.

K-MAX successfully completed a five-day quick reaction assessment (QRA) in September 2011 and validated its ability to deliver more than 6,000lb of cargo a day at sea level and more than 4,000lb at 10,000ft altitude.

The USMC had taken delivery of the two K-MAX helicopters in November 2011.