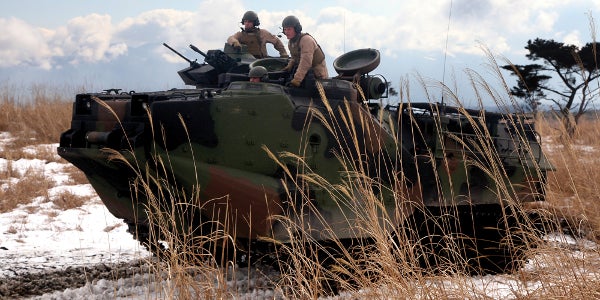 The US Naval Surface Warfare Center and US Marine Corps (USMC) have developed an emergency egress lighting system for the marine corps’ assault amphibious vehicle (AAV).

The emergency egress lighting system will enable USMC to escape an AAV in a submersible emergency and can turn on set of lights to guide crew members to the exit hatches.

The new system is a modified version of the emergency egress lighting systems which are currently deployed onboard the UH-60 Black Hawk helicopter.

Capable of functioning on land or in water, the AAVs are armoured vehicles, used to transport marines and cargo from ship to shore and through hostile territory.

The new system has been developed in collaboration with US Army Aviation and Missile Research Development and Engineering Center’s Prototype Integration Facility (PIF) in response to an urgent operational need for troops.

"The new emergency egress lighting system is a life-preserving device."

Currently, the systems are installed on thirteen vehicles, which will undergo trials during a deployment by the 2nd Assault Amphibian Battalion, at Camp Lejeune, North Carolina.

The PIF is providing initial limited quantities for user feedback and validation along with prototype hardware.

A technical data package and maintenance instructions are also being developed by PIF for the US Navy to use for installation and logistics support.