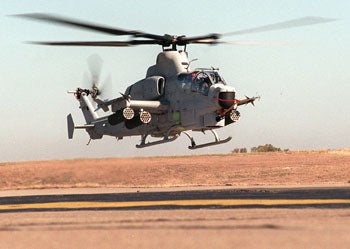 Lockheed delivered the first system in June 2009, and has recently begun the delivery of low-rate initial production units ahead of schedule.

The TSS unit is a multi-sensor fire control system for the Cobra helicopter designed to provide pilots with enhanced capabilities to detect, track and engage targets in every climate and location.

The Cobra helicopters are part of the USMC H-1 upgrade programme, intended to replace AH-1W helicopters with new and remanufactured AH-1Zs.

Production will be carried out at the company’s facilities in Ocala and Orlando, Florida, US, and is expected to continue until 2018.