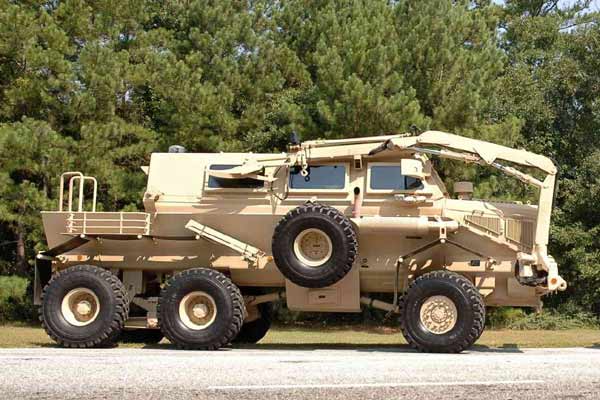 Featuring a strap and buckle concept design, the modular kit includes three rifle racks with each carrying two weapons, while allowing more space in the vehicle to accommodate up to six passengers.

Mounted to the hull walls of the Buffalo MRAP, the new compact rack design enables troops to access weapons with one hand, while allowing marines to easily enter and exit the vehicle.

"The location, overall improved functionality and ease-of-use makes a significant improvement over the old racks."

Armed with RPG-7 rocket-propelled grenade, as well as 7.62mm Nato ammunition hits and mine/IED explosives, the fully adaptable Buffalo vehicle can also be used for armoured transport or medical purpose.

Capable of protecting from rocket-propelled grenade attacks, the Force Protection-developed Buffalo vehicle features a technology that can detect dangerous explosives, as well as provides powerful ballistic and blast protection.