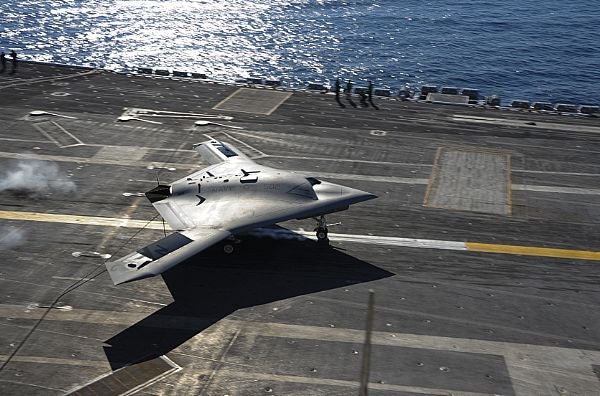 During the trials, the most-recent in a carrier-based tests series, the unmanned system validated its ability to integrate with the carrier environment.

In addition to participating in flight deck handling drills as well as conducting arrested landings and catapult launches, the aircraft performed precise touch and go manoeuvres onboard the ship.

The touch-and-go manoeuvres generated data that characterises the environment in close proximity of the carrier flight deck.

Theodore Roosevelt commanding officer, captain Daniel Grieco, said the aircraft provides a glimpse into the support and strike capabilities and will join the fleet in the years to come.

"It is a tremendous opportunity for the ‘Big Stick’ to be a part of the development and testing of the future of naval aviation," Grieco said.

"The aircraft provides a glimpse into the support and strike capabilities and will join the fleet in the years to come."

During each of its 45-minute flights, the aircraft’s autonomous flights have been monitored by mission operators from a portable command and control unit from Theodore Roosevelt’s flight deck.

The UCAS-D programme aims to demonstrate a digitised carrier controlled environment to increase flexibility and improve safety while enabling robust communications between the aircraft and all carrier personnel for launching, recovering and controlling the aircraft.

To further inform unmanned carrier requirements, the further test will be conducted to mature unmanned technologies and refine concept of operations.