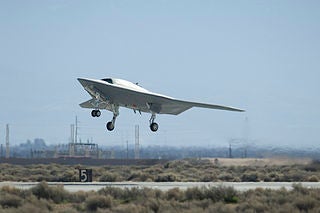 Under the $15m firm-fixed price contract, the four companies will each provide a preliminary design review assessment for the UCLASS air vehicle for the US Navy.

UCLASS programme manager, Charlie Nava, said: "The PDRs are intended to inform the navy of the technical risk, cost and design maturity of the air segment (AS), and allows the industry teams to better understand the programme’s requirements across the entire UCLASS system, to expeditiously deliver the unmanned carrier-based system to the fleet."

"The PDRs are intended to inform the navy of the technical risk, cost and design maturity of the air segment."

The UCLASS development will begin in early 2015 and is scheduled for deployment aboard aircraft carriers, according to Defense News.

Scheduled to be completed in June 2014, work under the contracts will be carried out in Missouri and California, US.

The naval air systems command, by the Patuxent River, Maryland, will serve as the contracting activity while the contract has approximately nine months of period of performance.

The UCLASS will balance endurance, early operational capability as well as inherent growth to enable operations in any environment or threat scenario.

Image: the US Navy’s X-47B UCAS demonstration aircraft takes off. Photo: courtesy of the US Air Force.