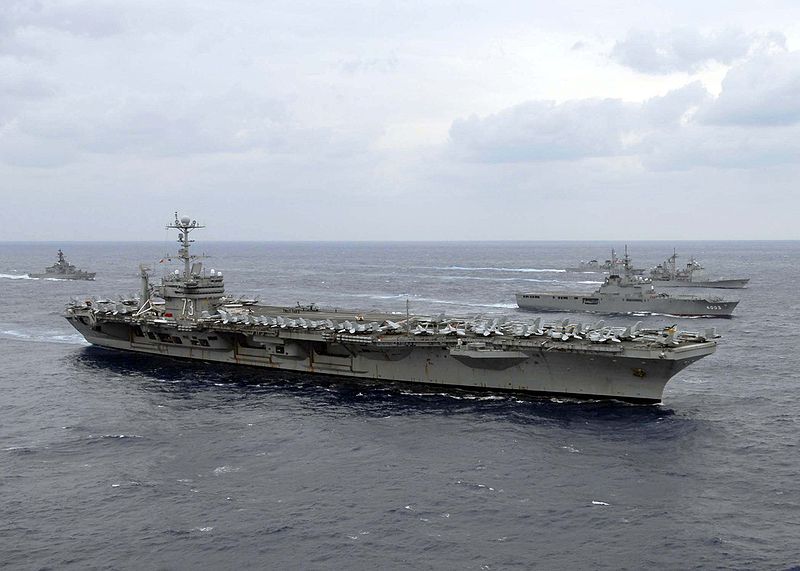 The US Navy will conduct a joint two-day trilateral naval exercise with the South Korea and the Japan Maritime Self Defense Force (JMSDF) in the waters south of the Korean peninsula later this month.

The naval exercise runs from June 21-22 and is intended to improve the participating navies’ interoperability and communications in an effort to jointly facilitate future disaster relief and maritime security missions.

The exercise will be conducted beyond the territorial waters of any coastal nation, following which, the US and South Korean navies will perform routine carrier operation in the Yellow Sea from 23-25 June 2012.

Following the completion of the two exercises, the George Washington Carrier Strike Group (CSG) is scheduled to make a port call in Busan, South Korea.

"The exercise is intended to improve the participating navies’ interoperability and communications in an effort to jointly facilitate future disaster relief and maritime security missions."

The George Washington CSG previously participated in the four-day naval and sea exercise conducted in the Sea of Japan in response to North Korea’s 2010 sinking of the Cheonan warship, which killed 46 South Korean sailors.

According to media sources, North Korea or China did not immediately react to the announcement of the two upcoming naval exercises.

The ROK, JMSDF and US Navies will also take part in the biennial Rim of the Pacific (RIMPAC) 2012 exercise, scheduled to begin on 29 June in the Hawaiian Islands area.

Intended to maintain peace and stability of the Pacific region with collaborative defence efforts, the RIMPAC 2012 aims to bolster and sustain critical cooperative relationships, while ensuring the safety of sea lanes and security.