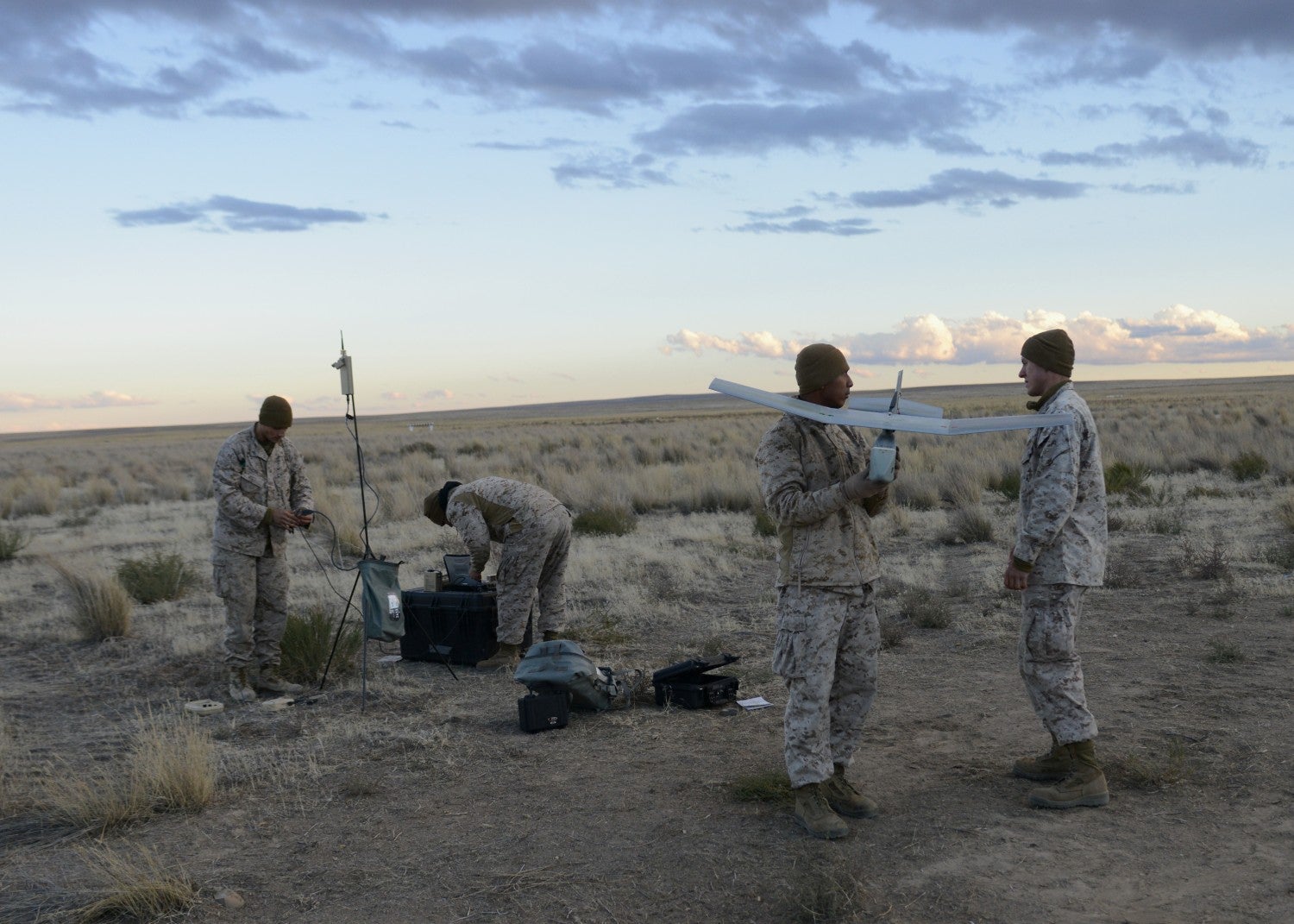 During the exercise, which is a part of German Air Force Tornado Fighter Weapons Instructor Course Mission Employment Phase, marines from first ANGLICO used the system in front of forward fire teams.

"We can easily fly it into places where the enemy may or may not be, in order to gather strategic reconnaissance information," Thompson said.

"We can launch the Raven to specific grid sites and have eyes on what the teams will encounter within minutes."

"After our forward teams move out, we can launch the Raven to specific grid sites and have eyes on what the teams will encounter within minutes," Thornton said.

Weighing 4.5lb, the RQ-11B Raven features advanced avionics and GPS navigation; it can be operated manually or programmed for autonomous operation.

Capable of launching in just minutes by hand, the AeroVironment-manufactured Raven can land itself by auto-piloting to a near hover, without requiring carefully prepared landing strips.

Image: US Marines work together to put together the RQ-11B Raven. Photo: courtesy of US Air Force.