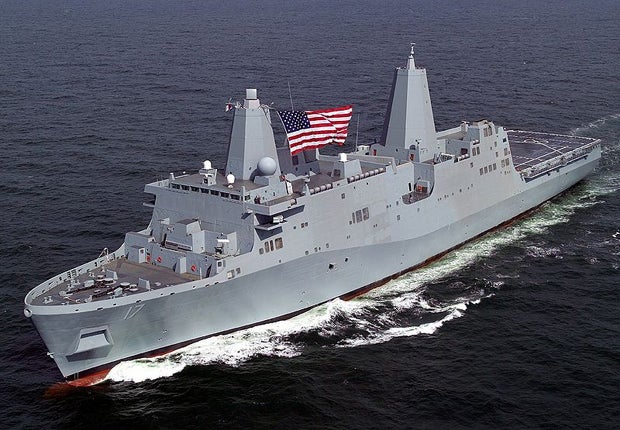 During the three-day at-sea testing, conducted by Huntington Ingalls Industries (HII), the USS Somerset underwent more than 200 test events and demonstrated its capability to the US Navy’s board of inspection and survey (INSURV).

"We have now completed successful sea trials on nine LPDs, and each ship continues to get better than the previous one," Duthu said.

The 684-foot-long vessel’s primary mission is to transport Marines, their fighting vehicles and aircraft.

"We have a very active production line associated with the LPD programme and through our new build strategies; more outfitting is taking place earlier in the process, which improves our efficiency," Duthu continued.

"Each ship continues to get better than the previous one."

Capable of carrying a crew up to 800, while cruising at a speed of 22k, the LPD 24 can transport air cushion (LCAC) or conventional landing crafts, as well as helicopters and the Osprey tilt-rotor aircraft.

Currently under construction at the Pascagoula shipyard, the US Navy’s tenth and eleventh San Antonio-class ships, John P Murtha (LPD 26) and Portland (LPD 27) are scheduled to be completed in 2016 and in 2017 respectively.

The San Antonio-class vessels will replace more than 41 ships currently in service with the US Navy including the Austin-class (LPD 4), Anchorage-class (LSD 36), Charleston-class (LKA 113) and Newport-class (LST 1179) of amphibious ships.