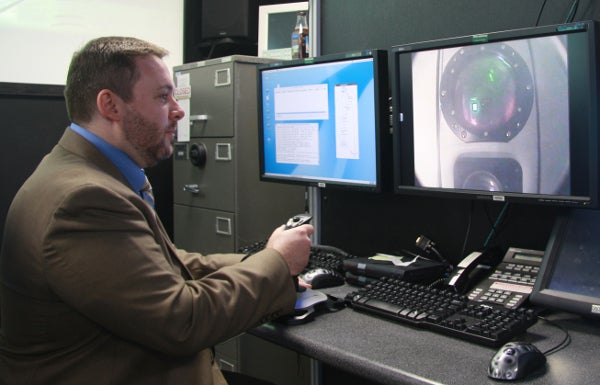 Conducted jointly with US Army personnel, the testing was held by the Common Standards and Interoperability (CSI) and the Battlespace Modeling and Simulation groups (AIR 5.4.2) at Patuxent River's UAS Integration Lab (UASIL) in Maryland, US.

As part of the demonstration, the hardware sensors and stimulators were integrated to the existing suite of simulations by software engineers to develop and implement the interface.

During the technology test, a UASIL operator at the Joint Technology Center/System Integration Laboratory (JTC/SIL) in Huntsville, Alabama, US, controlled a Shadow UAS sensor through the Defense Research and Engineering Network.

Using the same government-developed port, the operator withdrew control of the Shadow sensor and took charge of another at the UASIL, validating its ability to enable communication with other UAS and for inclusion into future UAS.

"This savings is great with regards to cost and schedule, but most importantly it gives the warfighter on the ground access to abundant amounts of information, that to this point wasn't available."

Developed by the PEO (U&W) Interface Control Working Group (ICWG), the command and control (C2) interface is owned by navy and interoperable with US Army UAS.

CSI programme manager captain Don Zwick said that the interface would reduce the effort required in making two systems interoperable, as well as lowers cost and development time in future.

UASIL manager Tim Hurley added: "This savings is great with regards to cost and schedule, but most importantly it gives the warfighter on the ground access to abundant amounts of information, that to this point wasn't available."

The US NAWCAD is expected to conduct another live testing in May this year to demonstrate a more advanced C2 technology.

Image: An official demonstrates control of a payload sensor at Patuxent River's UAS Integration Lab (UASIL), Maryland, US. Photo: courtesy of US Navy.