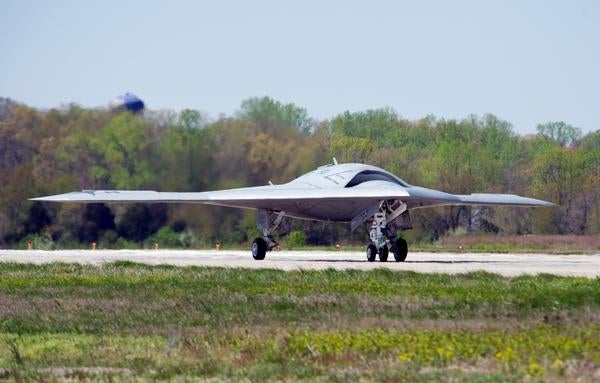 The US Navy’s first X-47B unmanned combat air system demonstrator (UCAS-D) is gearing up for its maiden flight at Patuxent River, Maryland, US.

The Navy’s UCAS-D programme is expected to reach several major milestones during the first flight, which will take place following the completion of standard ground tests and system check-outs.

UCAS-D lead test engineer Matt Funk said that the Patuxent River personnel will conduct X-47B’s first flight over the base and surrounding area along the Chesapeake Bay in summer 2012.

Navy UCAS program manager Captain Jaime Engdahl said: "Testing at Pax River is a critical component of this demonstration programme as we break new ground with the development of a carrier-based unmanned air system."

The X-47B has undergone various demonstrations in preparation to its initial flight and validated its aerial refuelling operations capability with accuracy and precision, as well as its ability to catch an arresting wire on an aircraft carrier.

"The programme is progressing well in preparation for shore-based catapult launch testing and arrested landings, leading ultimately to our final carrier demonstration in 2013," Engdahl said.

"The programme is progressing well in preparation for shore-based catapult launch testing and arrested landings, leading ultimately to our final carrier demonstration in 2013."

The aircraft is scheduled to undergo six-week electronic vulnerability testing at the naval electromagnetic radio facility to validate its performance and verify issues, such as electrical disturbance, signal, or emissions that may result in an unwanted response or dysfunction of a subsystem or a component.

In order to maintain a precise distance between the tanker and receiver aircraft, the tailless unmanned combat aircraft is equipped with a hybrid GPS/vision-based relative navigation system and autonomous flight control system.

Northrop Grumman is the US Navy’s prime contractor for the unmanned combat air system demonstration (UCAS-D) programme awarded in 2007 to design, develop and produce two X-47B aircraft for the US Navy.

The US Navy is expected to receive its second X-47B unmanned air vehicle (UAV) from Edwards Air Force Base, California later on this year.

Image: The US Navy’s X-47B unmanned air vehicle conducts taxi test in preparation for its maiden flight. Photo: courtesy of the US Navy.