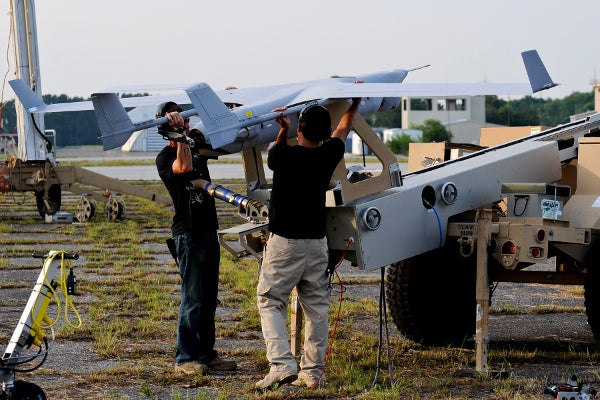 During trials, the RQ-21A was launched using a pneumatic launcher by Insitu operators and recovered using a STUAS recovery system (SRS) after 1.8 hours of flight, validating its safe recovery and expeditionary capability.

Intended to demonstrate the performance of the STUAS upgrades, including software, fuselage and camera enhancements, the flight trials are being conducted in preparation for integrated operational test and evaluation (IOT&E), scheduled for the third quarter of this year.

PMA-263 programme manager US Marine Corps colonel Jim Rector said that the flight test has marked a step ahead in providing an domestic-built UAS capable of operations from both land and sea to troops.

"The expeditionary nature of the RQ-21A makes it possible to deploy a multi-intelligence capable UAS with minimal footprint."

"The expeditionary nature of the RQ-21A makes it possible to deploy a multi-intelligence capable UAS with minimal footprint," Rector said.

The RQ-21A platform has been designed to provide maritime and land-based tactical reconnaissance, surveillance, and target acquisition data collection and dissemination capabilities to troops.

IOT&E is expected to begin at Marine Air Ground Task Force Training Command (MCAGCC) Twentynine Palms, California, US, in October, while ship-based IOT&E will be conducted in December, prior to its initial deployment in 2014.