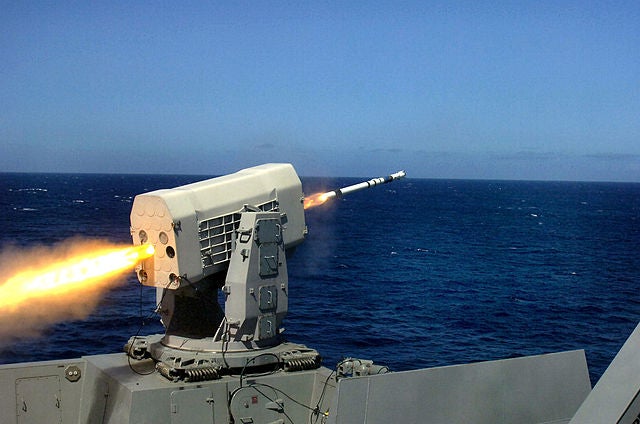 US Navy and Raytheon have successfully completed the first phase of developmental and operational testing (DT/OT) of Rolling Airframe Missile (RAM) Block 2, validating its capability.

During at-sea testing, the RAM Block 2 missile was launched twice from the US Navy’s selfdefense test ship, to hit two targets and demonstrated its advanced missile’s defensive capabilities.

All four RAM missiles successfully engaged high-speed, manoeuvring and sub-sonic targets while meeting all the objectives of the DT/OT tests.

Trials form part of the second low-rate initial production contract award to Raytheon in December 2012 for delivery of 61 RAM Block 2 missiles for the US Navy.

"RAM Block 2’s increased kinematic capability and its advanced guidance system will continue to give the warfighter an unfair advantage in the fight," Nelson said.

"RAM Block 2’s increased kinematic capability and its advanced guidance system will continue to give the warfighter an unfair advantage in the fight."

The RAM missile is currently deployed as an integral self-defence weapon onboard more than 165 ships for the navies of Egypt, Germany, Greece, Japan, South Korea, Turkey, the UAE and the US.