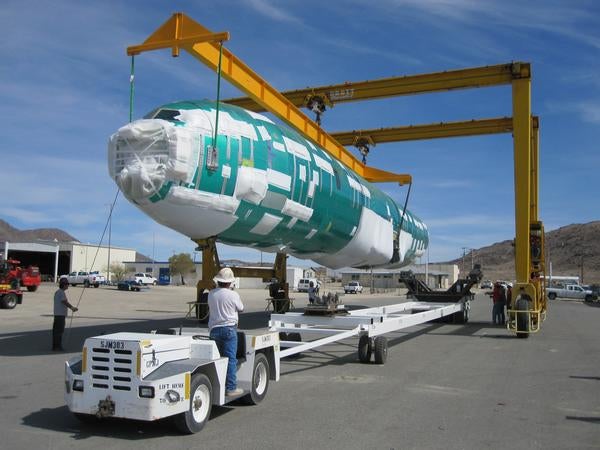 The 130ft-long fuselage of the P-8A aircraft is scheduled to undergo an eight-month live-fire testing in the late-summer to confirm the effectiveness of the aircraft’s fire suppression system.

During the test, the wing fuel tanks and fuselage will be fired individually to demonstrate how effectively the fire suppression system will be capable of putting out the fire.

"The goal of this testing is to show that we’ve eliminated the vulnerabilities that were previously identified," Gorish added.

"The work we are doing here to assess the survivability of the aircraft is extremely valuable, because we check the vulnerabilities of the systems and mitigate or eliminate them."

On completion of the fire suppression test, the aircraft’s flight worthiness will also be determined in a separate test.

"The work we are doing here to assess the survivability of the aircraft is extremely valuable, because we check the vulnerabilities of the systems and mitigate or eliminate them," Gorish added.

Following the completion of the test, the findings report will be submitted to NAVAIR’s Maritime Patrol and Reconnaissance Aircraft Program Office (PMA-290), which will be released to the Office of the Secretary of Defense.

The P-8A Poseidon is a long-range anti-submarine warfare, anti-surface warfare, intelligence, surveillance and reconnaissance aircraft; it is based on a Boeing 737 airframe.

Capable of conducting broad-area, maritime and littoral operations, the Poseidon aircraft will replace the US Navy’s P-3C Orion aircraft.