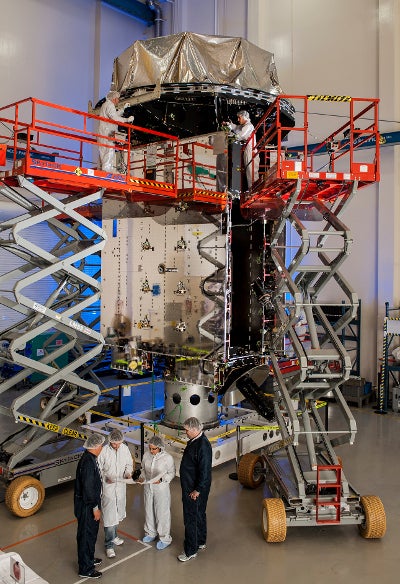 Lockheed Martin Narrowband Communications mission area vice-president Iris Bombelyn said the MUOS-4 team would continue to focus on reducing risk and maintain efficient operations to deliver a satellite vehicle based on the experience gained from the development of the first three vehicles.

"Our execution on the ground is complemented by our performance on orbit, where our first satellite is already in position and performing exceptionally," Bombelyn said.

"Our execution on the ground is complemented by our performance on orbit, where our first satellite is already in position and performing exceptionally."

The MUOS constellation comprises four satellites and an on-orbit spare, as well as four ground stations, to provide users with worldwide coverage and the ability to connect anywhere.

The third MUOS satellite is undergoing environmental testing, while the full operational capability of the MUOS constellation is scheduled to be achieved in 2016.