The US Navy’s ninth littoral combat ship (LCS), the future USS Little Rock, was christened and launched at the Marinette Marine Corporation (MMC) shipyard in Wisconsin.

Christened by the ship’s sponsor Janee Bonner, the Lockheed Martin-led industry team launched the LCS sideways into the Menominee River in Marinette.

Lockheed Martin Littoral Ships & Systems vice-president Joe North said: "This future USS Little Rock will use interchangeable mission modules that empower her to face a variety of high-priority missions, from Anti-Surface Warfare to Anti-Submarine Warfare to Mine Countermeasures.

"She is ideally suited to navigate the reefs and shallows in the Asia-Pacific, as so well demonstrated by USS Fort Worth on her current deployment." 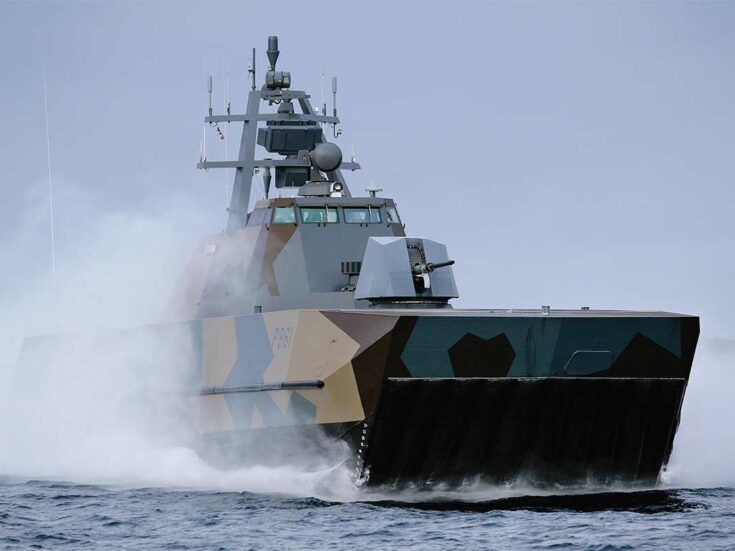 The Little Rock, which is one of seven LCSs under construction, will continue to undergo outfitting and testing before delivery to the navy later this year.

The LCS-class consists of the Freedom and Independence variants, which are developed by two industry teams led by Lockheed Martin and General Dynamics (GD), respectively. Austal USA, along with Bath Iron Works, is part of the team led by GD.

"This future USS Little Rock will use interchangeable mission modules that empower her to face a variety of high-priority missions."

The Lockheed-led industry team has already delivered two ships to the navy. In 2013, USS Freedom (LCS 1) was successfully deployed to Southeast Asia and is currently operating out of its homeport in San Diego, California.

Milwaukee (LCS 5), which was christened and launched in 2013, will be delivered to the navy later this year, while Detroit (LCS 7) was launched in 2014.

Image: The ninth littoral combat ship, the future USS Little Rock, was christened and launched into the Menominee River in Marinette, Wisconsin, US. Photo: courtesy of Lockheed Martin Corporation.