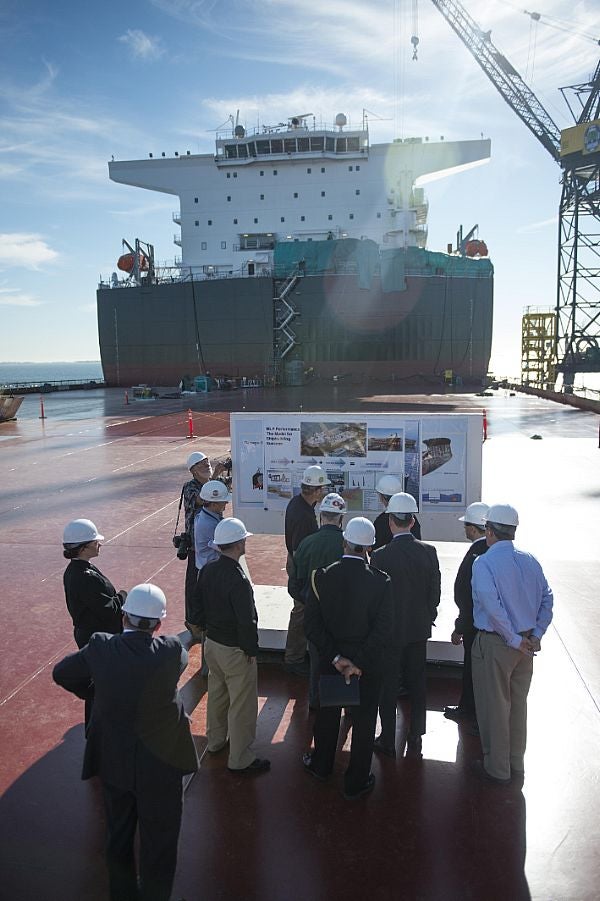 During the tests, the USNS Montford Point’s systems were tested and validated in preparation for final inspection by the US Navy’s Board of Inspection and Survey (INSURV) in mid-April 2013 prior to its delivery.

The ship has validated its propulsion, ballasting, communications, navigation and mission systems, as well as related support systems capability during the testing.

"The ship performed well, and pending additional trials and delivery later this year, MLP 1 will help transition the navy toward increased modularity and operational flexibility in its ships."

General Dynamics National Steel and Shipbuilding (NASSCO) built MLP 1 ship can cruise at a maximum speed of about 20k and can accommodate a crew of 1,112, along with their equipment.

The new class of auxiliary support ship, MLP vessels have been designed to serve as a transfer station or floating pier at sea to deliver equipment and cargo from sea to shore, or when access to other bases is denied for the navy and marine corps.

USNS John Glenn (MLP 2) and USNS Lewis B Puller (MLP 3), the second and third MPL-class ships respectively, are currently under construction at NASSCO.