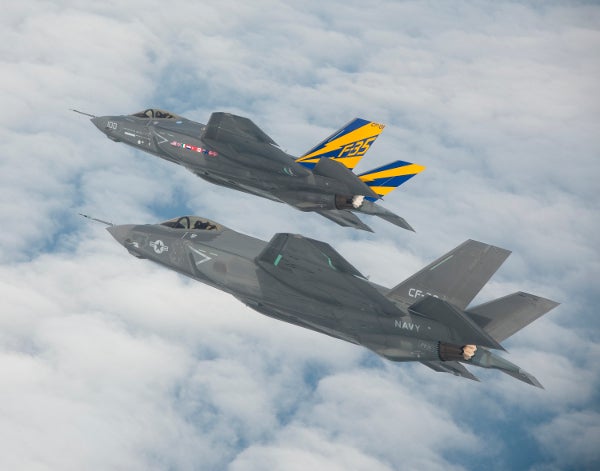 During the more than one hour flight, the flying qualities of the aircraft were tested including taking off, landing and when flying in formation.

The stealthy, supersonic multi-role F-35 Joint Strike Fighter (JSF) Lightning II aircraft is currently under development by Lockheed and has been undergoing flight tests since late 2006.

The aircraft is being developed in three variants, conventional takeoff and landing (CTOL) variant for the US Air Force, a carrier variant (CV) for the US Navy and a short take-off and vertical landing (STOVL) aircraft for the US Marine Corps and UK Royal Navy.

The aircraft has recently completed night flight testing and night refuelling at Edwards Air Force Base in January 2011 and March 2012 respectively while its shipboard testing is scheduled to begin in 2013.

Derived from a common design and developed worldwide, all the three F-35 variants will replace at least 13 types of aircraft for 11 nations.

The JSF programme is principally financed by the US, with additional funding from the UK and seven international partners, namely Australia, Canada, Denmark, Italy, Netherlands, Norway and Turkey.