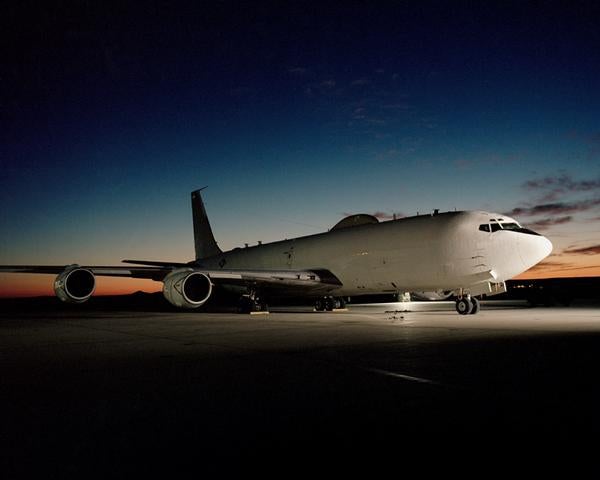 The IPBE upgrade will enable the E-6B Mercury aircraft to enhance its capability to support missions during any crisis, while replacing more than 5,000lb of backup equipment from the aircraft.

A part of Fleet Air Reconnaissance Squadron (VQ) 4 at Tinker Air Force Base, Oklahoma, US, the aircraft 410 is the third fleet E-6B airborne command post aircraft to receive the IPBE upgrade.

Enhancement to the aircraft’s secure local area computer network also enables the onboard battle staff members to operate the aircraft virtually, while saving space and weight.

E-6 Airborne Strategic Command, Control and Communications Program Office (PMA-271) IPBE team lead Curt Rosenbery said: "The IPBE upgrade is an expanded secure local area computer network for the aircraft currently consisting of two live feeds, an ultra-high frequency line of sight digital data feed used while operating over the US and a commercial Inmarsat satellite feed for use when operating outside the US."

“A fully integrated system with no requirement for carry-on equipment is our ultimate goal for the operational crews."

The IPBE upgrade is also scheduled for 12 additional E-6B aircraft with the last installation expected to be completed in the middle of 2019, Rosenbery said.

PMA-271 programme manager captain Dana Dewey said that the IPBE upgrade will provide the onboard aircraft crew with faster, more reliable internet access to both classified and unclassified information.

"A fully integrated system with no requirement for carry-on equipment is our ultimate goal for the operational crews," Dewey added.

Equipped with an airborne launch control system, the E-6B dual-mission aircraft has been designed to offer survivable, reliable and endurable airborne command, control and communications between the users.

Image: A US Navy’s E-6B aircraft stationed at a base. Photo: courtesy of US Navy.