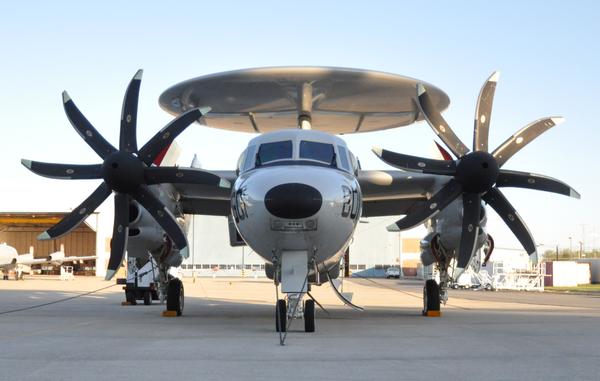 The US Navy’s Air Test and Evaluation Squadron (VX) 1 has successfully completed its initial operational test and evaluation (IOT&E) period of the Northrop Grumman-built E-2D Advanced Hawkeye aircraft and validated its capabilities.

During the ten-month IOT&E, conducted according to the needs of the current system design development (SDD) programme, E-2D validated its performance and mission-readiness.

E-2/C-2 Airborne Tactical Data System Program Office (PMA-231) programme manager captain John S Lemmon said: "The E-2D team came together with one vision and goal, and the IOT&E report confirms that we are delivering a solid product to the fleet."

"The E-2D team came together with one vision and goal, and the IOT&E report confirms that we are delivering a solid product to the fleet."

The flight test data also emphasised its radar and mission systems performance improvements in overland and littoral scenarios, during the trials conducted at Naval Air Station Fallon, Nevada and Nellis Air Force Base, US, as well as other nationwide locations.

As part of the IOT&E, the team also demonstrated the Hawkeye airborne early-warning and control (AWAC) aircraft’s ability to strike against enemy unmanned aircraft systems during the Black Dart exercise at Naval Air Station Point Mugu, US.

Capable of supporting a range of missions such as airborne strike, land force support, rescue operations, the aircraft can manage a reliable communications network between widely dispersed nodes and drug interdiction operations.

The E-2D aircraft is planned to achieve initial operational capabilities (IOC) in 2015.

Image: US Navy’s E-2D aircraft stationed at a base. Photo: courtesy of US Navy photo.