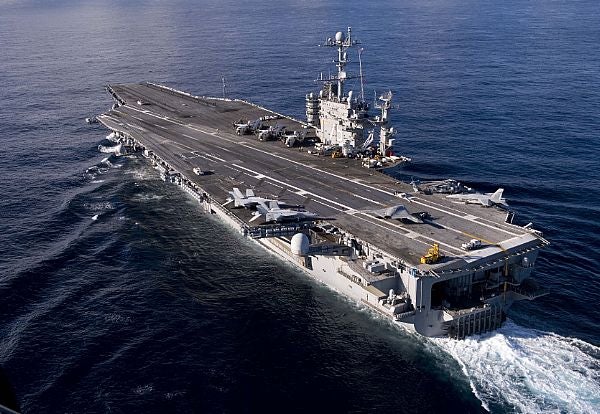 Conducted by sailors aboard the aircraft carrier and personnel from the navy unmanned combat air system programme office (PMA-268) integrated test team, the UCAS demonstrator performed successful integration with the Truman’s flight deck during the trials.

X-47B operator Gerrit Everson said with the help of an arm-mounted control display unit (CDU), the UCAS demonstrator was moved and remotely controlled over the arresting wire, to and from the catapults and to various spotting positions.

"These tests proved that we can taxi the X-47B with the precision that an aircraft carrier’s flight deck requires," Everson added.

"In 2013, the programme aims to validate the X-47B’s performance to safely operate from a US Navy aircraft carrier."

"UCAS-D is a learning programme which means we’re here to learn all of the lessons of how we will integrate into a variety of the systems on board Truman," Blottenberger added.

In 2013, the programme aims to validate the X-47B’s performance to safely operate from a US Navy aircraft carrier, including conducting launch, recovery and air traffic control operations.