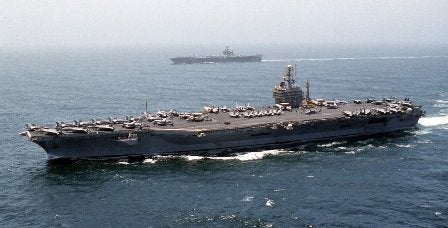 The US Navy will move its aircraft carrier USS Dwight D Eisenhower (CVN69) (IKE) to Norfolk Naval Shipyard in Portsmouth in September for a 14-month docking-planned incremental availability (DPIA) period.

IKE engineering department master chief Terry Wylie said that work during the DPIA includes minor tasks like changing out the tiles, painting, fixing ladders and doors and working on berthing.

"The other side of this will be the contractors working on a variety of different big jobs," he said.

"It is necessary for us to offload our ammunition so the shipyard workers can do their job in a safe environment," Moore added.

Since commissioning, IKE has participated in Operation Eagle Claw during the Iran hostage crisis in 1980, as well as the Gulf War in the 1990s, and more recently in support of US military operations in Iraq and Afghanistan.