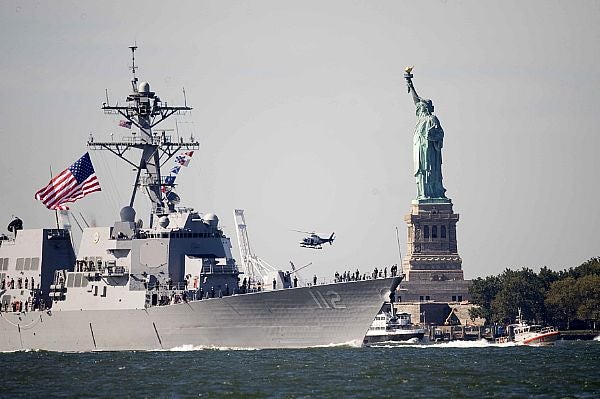 Chief of naval operations admiral Jonathan Greenert said: "USS Michael Murphy, the most flexible, lethal and multi-mission capable ship of its kind, represents the backbone of our surface combatant fleet."

Michael Murphy, the final DDG 51-class ship to be delivered until the class restart ships begin delivering in 2016, will be deployed to conduct missions in areas of national interest and assure allies of enhanced capabilities.

"Like its namesake Lt Michael Murphy, this ship will serve to protect, influence and win in an era of uncertainty," Greenert added.

Powered by four gas turbine engines, General Dynamics-built DDG 112 is 509ft-long and has a waterline beam of 59ft, navigational draft of 31ft and can cruise at a top speed of 30k.

Equipped with Aegis combat system and SPY-1D multi-function phased array radar, the vessel has been designed for survivability and carrying out peacetime operations, crisis management and sea control activities, while enhancing US naval capabilities.