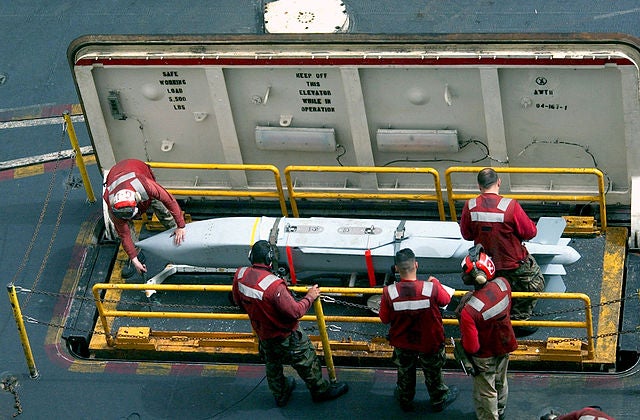 Raytheon’s Joint Standoff Weapon (JSOW) C-1 has started integrated testing (IT) with the US Navy to validate its capabilities, such as controlling, updating and retargeting as required to destroy the target.

During the first flight, the JSOW C-1 was released by a navy F/A-18F Super Hornet to target a small manoeuvring ship, following which the weapon was retargeted while in flight to strike a large moving ship target by a second Super Hornet.

Prior to being retargeted, the JSOW C-1 was guided by the second Super Hornet toward the smaller ship target, that was located at a distance of 90km from the launch point.

"The programme remains on track for reaching initial operational capability in 2013."

The weapon will also undergo two additional maritime free-flight tests, to validate its capability against moving maritime targets throughout 2012, while a land-based regression testing will be conducted to ensure its updated seeker software retains the legacy JSOW C stationary land target capabilities.

Image: AGM-154 JSOW fitted in to the deck of an aircraft carrier. Photo courtesy of: US Navy.