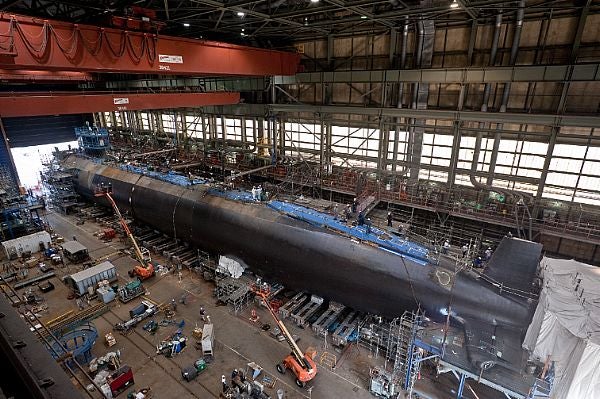 The US Navy will commission its tenth Virginia-class attack submarine, USS Minnesota (SSN 783), during a ceremony on 7 September at the naval station Norfolk, Virginia, US.

Named to honour the residents of Minnesota for their continued support of the US military, the submarine was christened in 2012 and delivered to the navy in June 2013, 11 months ahead of schedule.

The USS Minnesota, which began construction in February 2008, was built by General Dynamics Electric Boat and Huntington Ingalls Industries (HII) in Virginia.

" It was named to honour the residents of Minnesota for their continued support of the US military."

Designed as an advanced stealth multi-mission nuclear-powered boat, submarine can conduct missions that include anti-submarine, anti-surface ship, strike, special operation forces, irregular and mine warfare, as well as intelligence, surveillance and reconnaissance missions.

Developed for deep ocean anti-submarine warfare and littoral or shallow water operations, the 377ft-long advanced stealth multimission nuclear-powered submarines can cruise at a submerged speed of 25k while carrying a crew of 134.

In addition, the submarine features a fly-by-wire ship control system to enhance ship handling in shallow water, as well as larger lock-in/lock-out chamber and a reconfigurable torpedo room to support special operations forces and their equipment.