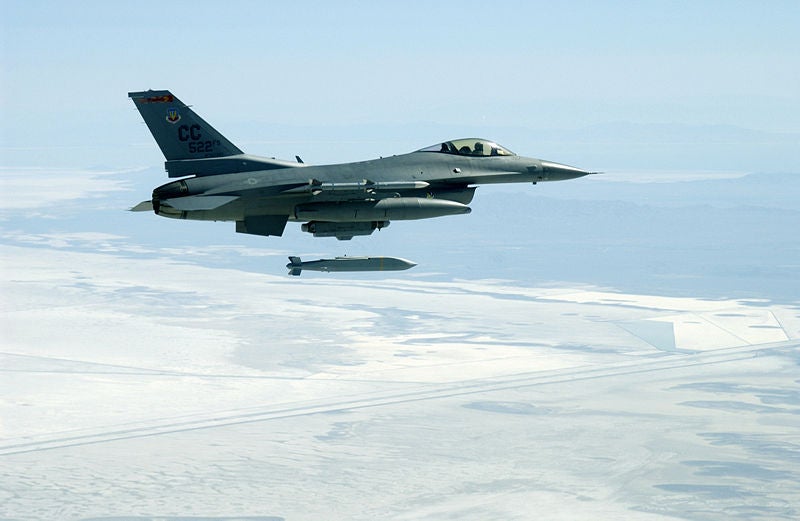 Raytheon’s Joint Stand-Off Weapon (JSOW) C-1 has successfully demonstrated its dual targeting capabilities during testing with the US Navy at the Naval Air Weapons Station in China Lake, California.

During the tests, conducted as part of an integrated test phase, the JSOW C-1 weapon was released twice by a navy F/A-18F Super Hornet aircraft from approximately 29,000ft and 25,000ft to hit two stationary land targets, a simulated bunker.

The first test validated JSOW’s ability to strike against operationally realistic infrared and radio frequency countermeasures, while the second demonstrated the weapon’s targeting performance at night.

The JSOW C-1 previously validated its capability against moving maritime targets in 2012.

Raytheon Missile Systems JSOW programme director Celeste Mohr said that the trials demonstrated the capability of the weapon to engage both stationary and moving maritime targets at different ranges for the US and allied troops.

"These tests help clear the way for the important operational test phase of the programme scheduled to begin early next year."

An enhanced version of the existing JSOW C weapon, the JSOW C-1 has been designed to offer flexibility in engaging with moving maritime and stationary land targets.

"These tests help clear the way for the important operational test phase of the programme scheduled to begin early next year," Mohr added.

Integrated with two-way strike common weapon datalink, the network-enabled weapon has a range of more than 100km.