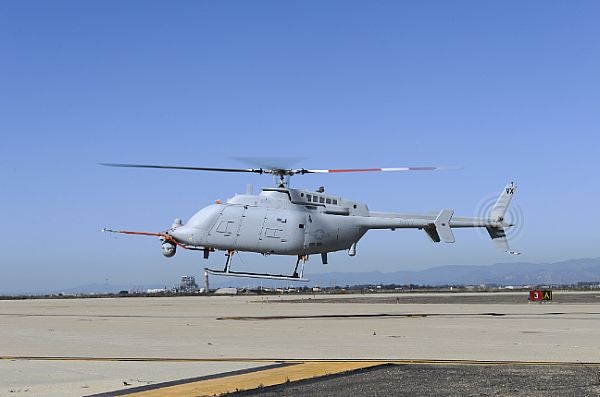 During the testing, the MQ-8C Fire Scout unmanned aerial vehicle (UAV), which was operated by a ground-based Navy/Northrop Grumman flight test team, flew for seven minutes to demonstrate its autonomous control systems in restricted airspace.

Following completion of its first flight, the unmanned aircraft underwent second flight trials and flew in a pattern around the airfield, reaching 500ft altitude in nine minutes.

"Following completion of its first flight, the unmanned aircraft underwent second flight trials and flew in a pattern around the airfield, reaching 500ft altitude in nine minutes."

The MQ-8C UAV has been designed to offer an enhanced range, more than double the endurance and increased payload capacity when compared to the MQ-8B variant.

"MQ-8C will require fewer aircraft [than the MQ-8B] to operate at maximum performance and will meet the US Africa and Special Operation Commands urgent needs requirement." Smith added.

With initial operating capability scheduled for 2016, MQ-8C is expected to be operational with the US Navy in 2014.

Work for the MQ-8C Fire Scout is being carried out at the Northrop Grumman’s Unmanned Systems Center in Moss Point, Mississippi, US.

Image: A US Navy’s MQ-8C unmanned helicopter takes off at Naval Base Ventura County at Point Mugu, California. Photo: courtesy of Northrop Grumman/Released.