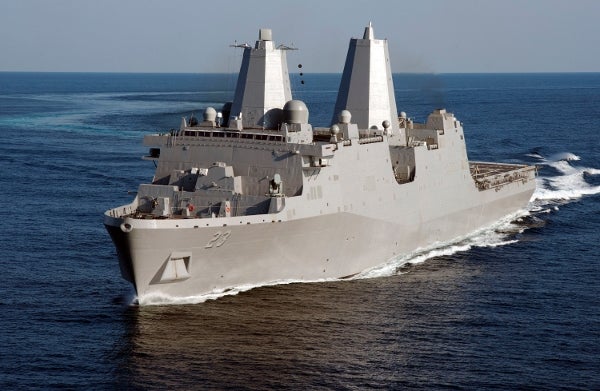 Prior to its delivery, the 684ft-long vessel successfully completed its five-day sea acceptance trials in the Gulf of Mexico earlier in 2012, and validated its systems from conducting more than 220 demonstrations.

The vessel also validated systems for main propulsion engineering and ship control, as well as combat and communications, in addition to damage control and mission systems and shipboard area network.

The remaining four of 11 planned LPD 17-class ships of the US Navy are currently under various stages of development by HII at its facility.

“The 25,000t LPD 17-class ships have been designed to combat and support elements of marine expeditionary units and brigades."

Aimed at providing modern, sea-based platforms for the navy and marine corps, the LPD 17 programme aims to boost the services’ capability while operating with 21st century platforms including Boeing Bell MV-22 Osprey tilt rotor aircraft on its flight deck.

The 25,000t LPD 17-class ships have been designed to combat and support elements of marine expeditionary units and brigades.

Capable of carrying a crew of 800, the ships can transport air cushion (LCAC) or conventional landing crafts, as well as support amphibious assault, special operations and expeditionary warfare missions.