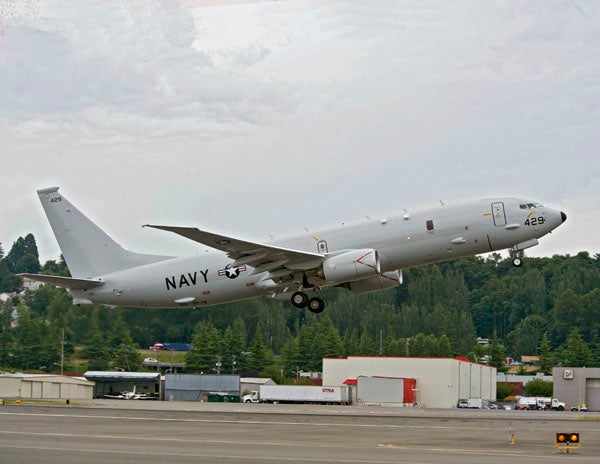 Boeing has delivered the second P-8A Poseidon maritime multi-mission production aircraft to the US Navy, as part of two low-rate initial production (LRIP) contracts awarded in 2011 for the supply of 13 P-8A aircraft.

The delivery also includes the provision of spare parts, logistics and training devices, as well as providing aircrew and maintenance training.

Boeing vice president and P-8 programme manager Chuck Dabundo said: "Navy crews have had a couple of months of training with the first plane, and their feedback has been positive."

Designed to support long-range anti-submarine warfare missions, the P-8A is armed with torpedoes, depth charges, Harpoon anti-shipping missiles and other weapons to support shipping interdiction and engage in an electronic intelligence role.

Based on the fuselage design of the next-generation 737-800 and wings of the 737-900 aeroplanes, the surveillance and reconnaissance aircraft can also be used to conduct broad-area, maritime and littoral operations for the navy.

"Navy crews have had a couple of months of training with the first plane, and their feedback has been positive."

Currently, the team is performing mission systems installation and checkout for three P-8A aircraft, while the other three aircraft are in final assembly phase in Renton, Washington, US.

The first production aircraft was delivered to the US Navy in March and is being used for aircrew training at Naval Air Station Jacksonville, Florida, US.

The navy has plans to purchase 117 Boeing P-8A aircraft with the initial operational capabilities scheduled for 2013 to replace its existing turbo-prop P-3 Orion fleet.