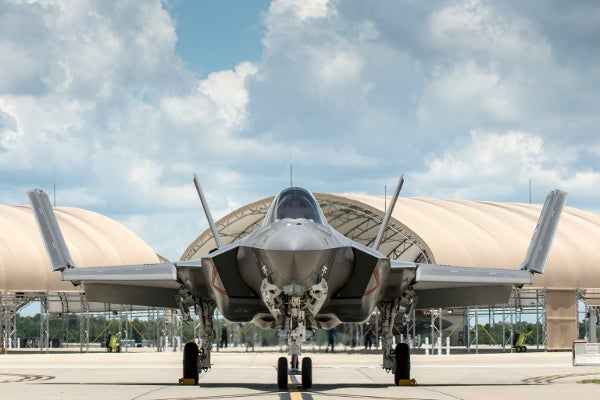 Powered by a single Pratt and Whitney F135 turbofan engine, the F-35C can fly at a maximum speed of 1,960km/h and can be launched through a steam catapult and recovered by using a tailhook arrestor.

"The F-35 represents the new standard in weapon systems integration, maintainability, combat radius and payload that brings true multi-mission capability to the navy."

The aircraft is also being developed in two other variants, conventional takeoff and landing (CTOL) variant for the US Air Force, and a short takeoff and vertical landing (STOVL) aircraft for the US Marine Corps and UK Royal Navy.

Serving as the F-35C Fleet Replacement Squadron, VFA 101 will train aircrew and maintenance personnel to operate and repair the F-35C aircraft for the US Navy.

Image: A US Navy’s F-35C aircraft based at Eglin Air Force Base, Florida, US. Photo: courtesy of Todd R McQueen, Lockheed Martin.