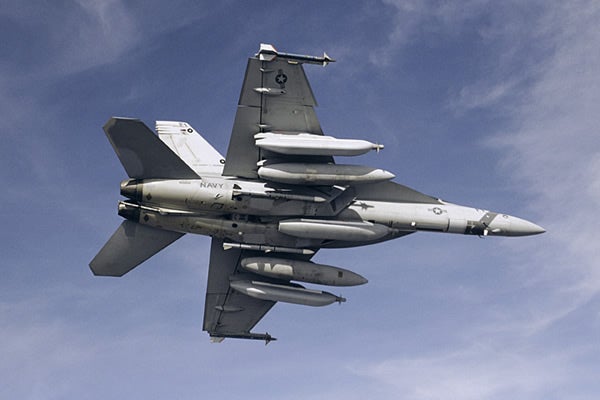 The US Navy has received the first of 58 EA-18G Growler aircraft from Boeing at Naval Air Station Whidbey Island, US, ahead of schedule.

The delivery follows Multi-Year Procurement (MYP) III contract awarded to Boeing on 28 September 2010 for the delivery of 124 F/A-18E/F and EA-18G aircraft.

The delivery under the contract is scheduled to run through 2013, with the Navy placing additional orders for 24 F/A-18E/F.

Under the terms of the MYP III contract, the US Navy has options to procure up to a total of 194 F/A-18E/F and EA-18G aircraft.

"The Super Hornet and Growler give the U.S. Navy a significant capability for a broad spectrum of anti-access, area-denial missions."

The EA-18G Growler, a derivative of the combat-proven two-seat F/A-18 Hornet, the US Navy’s maritime strike aircraft, is an airborne electronic attack (AEA) aircraft which operates from either an aircraft carrier or from land-bases.

The F/A-18E/F Super Hornet is a multirole aircraft, capable of performing every mission in the tactical spectrum, including day / night strike with precision-guided weapons, suppressing enemy air defences and reconnaissance missions.

The Navy was able to save $1.7bn by procuring aircraft through the first two multi-year contracts, while the MYP III contract is forecasted to generate more than $605m in savings which will result in total savings of over $2.3bn across the three F/A-18E/F and EA-18G contracts.