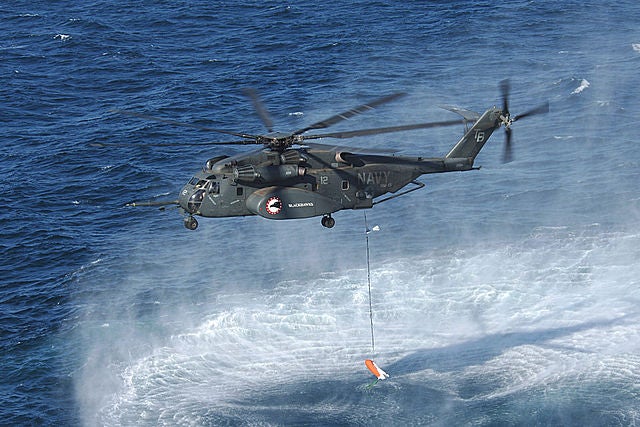 "With our affordable sweep solutions, our customers can continue to stay ahead of modern sea mine threats, which have become more lethal and sophisticated over the years."

Work under the contract will be carried out at Exelis’s radar, reconnaissance and undersea systems business facility in Panama City, Florida, US.

"Customers can continue to stay ahead of modern sea mine threats, which have become more lethal and sophisticated over the years."

Under the $10m contract, the Mk105 Mod 4 system will provide the navy with significant reliability and performance improvements and will be towed by MH-53E Sea Dragon helicopter.

A key feature of the navy and marine corps anti-access, area denial strategy, the minesweeping system will enable the navy to perform quick response, high-speed airborne mine countermeasures missions for the next decade.

The Mk105 Mod 4 airborne magnetic sweep system generates an electromagnetic field to replicate the vessel’s signature, causing the sea mine to detonate similar to a real ship or submarine in the water.

The Exelis Mk105 system was first deployed with the US Navy fleet in 1972 for major mine-clearance operations.