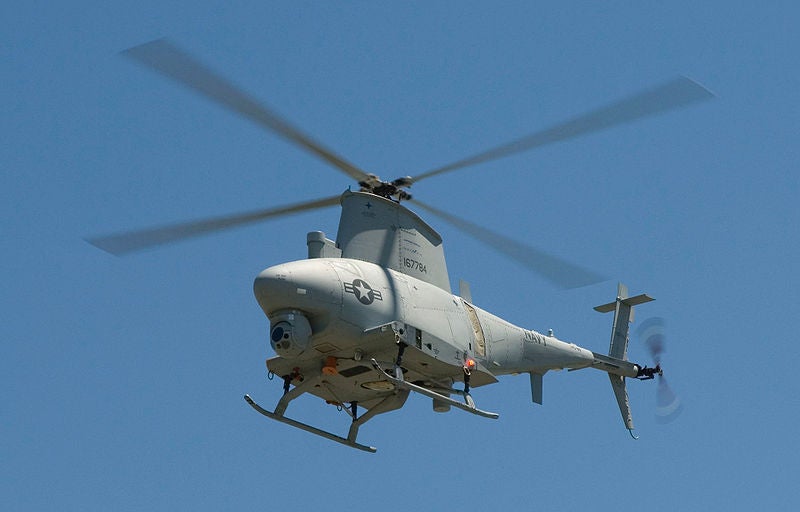 Northrop Grumman has been awarded a modification contract by the US Navy to deliver additional MQ-8C Fire Scout unmanned aerial vehicles (UAV) to provide enhanced endurance, range and payload capacity for the service.

Under the contract six Fire Scout UAVs will be developed by the company and delivered to the department, along with seven ground control stations.

Northrop Grumman Aerospace Systems sector tactical unmanned systems vice president George Vardoulakis said that the company would provide the capabilities to the navy according to the delivery schedule and within budget.

"The new MQ-8C Fire Scout provides navy ship commanders with enhanced range, and more than double the endurance and increased payload capacity than the MQ-8B variant."

Modifications to the MQ-8C’s airframes are currently being carried out at Bell’s facility in Ozark, Alabama, while final assembly is being performed at Northrop’s Unmanned Systems Center in Moss Point, Mississippi, US.

Scheduled to be complete in September 2014, work under the contract will be carried out in Texas, Alabama, California and Mississippi.

The Naval Air Systems Command will serve as the contracting activity, while Bell, Rolls-Royce, Cubic and others are supporting Northrop as industry partners for the Fire Scout programme.

Beginning in 2014, Northrop will deliver a total of 14 Fire Scout systems to the US Navy, which is planning to procure a total of 30 aircraft.

Image: A US Navy’s MQ-8B unmanned helicopter flies over Webster Field, US. Photo: courtesy of Jrfreeland.