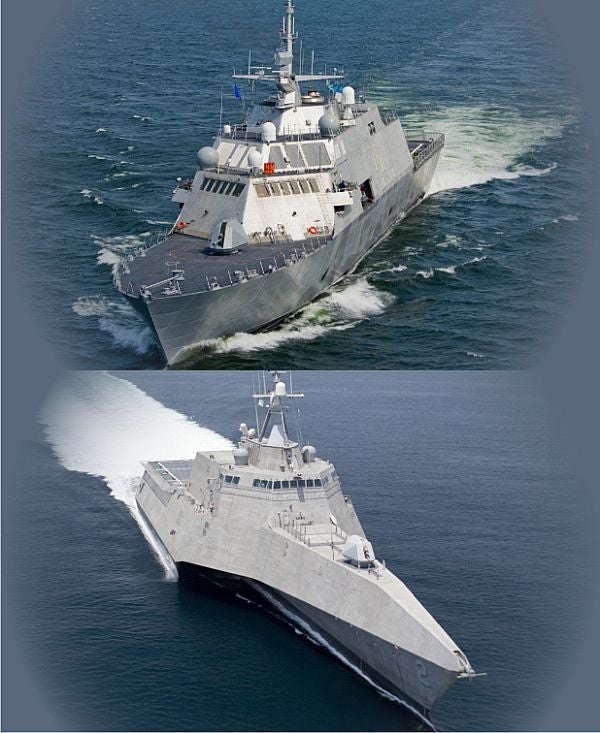 The US Navy has awarded construction contracts for four additional Littoral Combat Ships (LCS) to Lockheed Martin and Austal, which is the third funding increment for the construction of LCS each in 2012.

The two new contract modifications bring the total number of LCS vessels under order or in service to 12.

Lockheed was awarded $715m to design and construct the Little Rock (LCS 9) and Sioux City (LCS 11) vessels and work under the contract will be performed at Marinette Marine in Marinette, Wisconsin, US.

Austal has received $691m for the design and construction of Gabrielle Giffords (LCS 10) and Omaha (LCS 12), which will be built at the company’s facility in Mobile, Alabama, US.

A total of 20 ships in two different hull designs, costing $480m each, will be acquired from both companies between 2010 and 2015.

The LCS programme aims to fill the critical, urgent operational war-fighting requirements gaps that currently exist in the navy to defeat littoral threats and provide access and dominance in coastal waters.

The ships are designed to support launch and recovery operations of manned and unmanned vehicles and can execute specific missions such as mine warfare, anti-submarine warfare and surface warfare.

Giffords and Omaha are scheduled for delivery in August 2015 and March 2016 respectively, while Little Rock and Sioux City will be delivered in February and August 2016, according to the 2013 budget.

The US Navy intends to procure a total of 55 LCSs, which are relatively small surface vessels, for multi-mission support to establish and maintain its dominance in the littorals and sea lanes of communication choke points around the world.

Austal will build and deliver an additional ten Independence-class aluminum trimaran LCSs under a $3.5bn contract awarded by the US Navy, while the Lockheed team, including Marinette Marine Corporation (MMC), will construct ten Freedom-class semi-planing monohull ships.