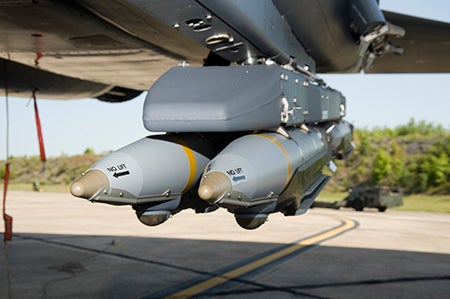 The US Navy has awarded a firm-fixed-price contract to Boeing to develop and deliver high altitude anti-submarine warfare weapon capabilities (HAAWC), designed to target submarines.

The glide weapon development will adapt technologies from Boeing’s Joint Direct Attack Munition (JDAM) and Small Diameter Bomb (SMD) for launch from high altitudes and at great distance from targets, to reduce development risk and cost for the navy.

“The capability HAAWC gives US Navy sub-hunters is unparalleled compared with what is available today."

Used with Mk-83/BLU-110, Mk-84, BLU-109 and Mk-82 warheads, the JDAM is capable of updating its trajectory all through its flight to strike the target through its navigation system.

The contract is valued at $47m including options, and the US Naval Sea Systems Command will serve as the contracting activity.

Scheduled to be complete by April 2016, work under the contract will be carried out in St Charles, Missouri, US.