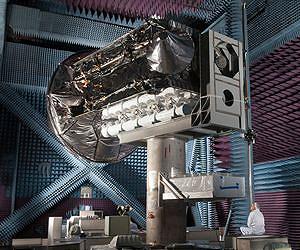 "As we continue to produce MUOS satellites, we expect to drive even greater efficiency and affordability into our operations," Bombelyn said.

Prior to its launch aboard an Atlas V rocket from Cape Canaveral Air Force Station, Florida, the satellite is scheduled to undergo final spacecraft component installations and a last factory confidence test in Sunnyvale, California, in the spring of 2013.

"As we continue to produce MUOS satellites, we expect to drive even greater efficiency and affordability into our operations."

In addition to providing assured communications, the MUOS satellite will provide improved communication capability for mobile troops, including simultaneous voice, video and data.

Full operational capabilites of the MUOS five-satellite global constellation is expected in 2015 and will extend its narrowband availability beyond 2025.